Equity crowdfunding: why and how to run a pan-European campaign 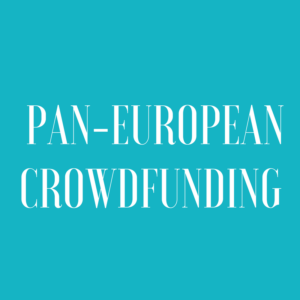 While I was doing my research about equity crowdfunding, I couldn’t help but notice a clear trend: of more and more companies from Southern Europe were raising money in the pan-European platforms of Crowdcube and Seedrs. So I asked both platforms about this and they very kindly met me over Skype to talk about it. And my hunch was right: since it was funded, Seedrs has raised money on 14 different pan-European campaigns since 2016. Crowdcube raised money for 23 non-UK based companies in 2017 alone. So far in 2018, there have been 5 successful raises.

Our conversations were quite long and detailed. Here are some of the juicy pieces of information that they gave me during the calls:

There are 4 main reasons to raise money through equity crowdfunding

Raising money through equity crowdfunding can be…

The benefits of a pan-European campaign for the companies

So, if I haven’t put you off with the previous comments, you might be wondering why you should run your equity crowdfunding campaign on an international platform. The alternative might seem easier. A smaller, local platform in your native language might seem a simpler way of doing things, right? Actually, there are several benefits of running on a pan-European platform such as Seedrs or Crowdcube. Let’s see them:

Still, if your intention is to run a local company with no short-term plans to export or expand to other countries, a local campaign might be more suited for you.

It’s also worth noting that for the investors, putting money into European companies gives them diversification, both in terms of sectors and geography. Crowdcube, through their partnership with the American platform SeedInvest, also offers a portfolio of US-based companies.

How does the equity crowdfunding investor base look like?

These percentages can vary wildly from project to project. For example, for HomeIt in Seedrs, more than half of the investors were from Portugal. Both platforms are working hard to grow the number of investors in the rest of Europe. Crowdcube has a very active team in Spain (with offices in Barcelona and Madrid). Seedrs has offices in Berlin, Amsterdam and Porto.

The platforms have segmented the investors in:

Keys to a successful raises across borders

As we’ve seen above, there is a significant skew in the investor base both platforms towards the UK. A few of these investors will seek SEIS/EIS relief. In principle, these are schemes for UK companies. Still, both platforms have found ways of applying for it for non-UK based companies.

Another handicap would be that the more sophisticated investors will want to meet the company representatives. Companies looking at raising big quantities through equity crowdfunding should be looking at having a ‘man on the ground’ in the UK, preferably near London.

Finally, there’s the language barrier. Although a good business plan will go a very long way, the team has to have very strong language skills to answer questions quickly and with confidence.

Nanusens: still open at the time of writing, Barcelona based Nanusens seemed a bit stalled at the beginning of their equity crowdfunding campaign. They had a complex product to explain to the investors but they had an amazing management of the forum. They were so open to feedback that they reduced the valuation of the company mid-campaign. A surprising move as they’re situated in a privileged position within a promising industry. The company seems geared towards an exceptional ROI. A proof of their adaptability was the extension of the campaign when they were close to 90% of their objective as they had applied for EIS in the UK. The combination of both things took them to overfunding (over £545k out of £400k with 8 days to go)

Wave: based in Madrid, this company has raised twice successfully on the platform. The key, in my opinion, was a very solid team and plan in an extremely attractive sector. They combined it with an impeccable follow up of people interested in investing. I personally received emails from the COO and funder, answering immediately all of the questions I had, so I couldn’t help to invest a bit of money in them!

Vita: this innovative drink company based in Madrid, had an enormous success thanks to a great pre-campaign, in which they were able to line up about 40% of their objective. They also managed the questions very promptly and transparently. Last but not least, they had a great team to rely on. They raised money from investors in 25 different countries.

Santamania: with over 1 m€ raised, it broke all of the records for the biggest equity crowdfunding round in Spain.

Bolt: this company based in the Netherlands had a great hook for their leading product: ‘the Dutch Tesla on 2 wheels’. They had a great pre-campaign, driving traffic to a pre-registration page. They raised 3.1 m€ from 2,939 investors

HomeIt: perhaps the quickest pan-European raise in Seedrs. They launched on a Monday and they were funded on the following Thursday! They went on to overfund to over 200%. One of their keys to success was to be in a very hot industry. Their technology allows to let out properties to guests, and have guests access the property without human intervention.

Agroop: based in Portugal, they have successfully raised nearly 700 k€ in 3 investment rounds. They have a very loyal base of investors that have accompanied them through these different rounds. The key to maintaining them engaged was to be completely transparent about their successes and failures. Or, better phrased, opportunities to learn!

Raising money through equity crowdfunding in a pan-European platform like Seedrs or Crowdcube can be a very attractive option. Not only you could raise the money you need to execute your business plan but also access to multiple benefits. Amongst others, the reach to international investors and creating a community of ambassadors.

At the same time, running a complex equity crowdfunding campaign with the added complexity of doing it in a different language, can be very challenging. It’s worth getting the right advice.

And I am uniquely positioned to help you overcome these challenges. I have run two successful crowdfunding campaigns and I’m now a partner of both Crowdcube and Seedrs. My language skills include Spanish, Catalan and Italian. I have experience as an investor in some of the companies discussed above. And I’d be more than happy to represent companies in investor meetings, as I’m based close to London.

So if you’re considering running such a campaign, don’t hesitate to drop me a line for a chat through my Contact form.

Thanks to Ana Galán from Crowdcube Spain and to Filipe Portela from Seedrs Portugal for their time and invaluable insights and advice.