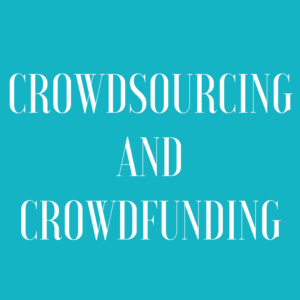 According to the Merriam – Webster dictionary, crowdsourcing is the practice of obtaining needed services, ideas, or content by soliciting contributions from a large group of people and especially from the online community rather than from traditional employees or suppliers.

It is a relatively novel concept and it was only introduced in the dictionary in 2011!

As the internet evolves, more and more types of crowdsourcing are developed and refined. Here are a few:

So, here we have it: crowdfunding is a type of crowdsourcing. In the next article of this series, we’ll see what are the main types of crowdfunding.