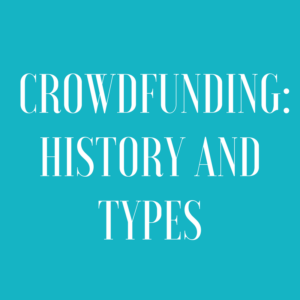 So, without further ado: crowdfunding is the financing of projects or ventures by raising relatively small amounts of money from a large number of people via the Internet.

A bit of history

Some people argue that crowdfunding has been with us for a long time. The Wikipedia page captures early examples of publishing, war bonds, the cooperative movement and even the monumental base for the Statue of Liberty, that attracted small donations from 160,000 people.

But it was the British band Marillion who funded the US leg of their tour via the Internet back in 1997, kickstarting the modern crowdfunding (see what I did there?).

Since then, some of the campaigns that have marked milestones on the crowdfunding history are:

In terms of funds raised Statista records a total of $738.9 million in 2016, slightly down from the $765.53 million of 2015. This dip is consistent with the data from Beauhurst, that tracks the equity crowdfunding market in the UK: £53.8 million was invested in 2016, down from £55.2m in 2015. We do see a significant recovery in 2017 (especially towards the end of the year), with a total £68.8m, making it the best year so far for companies seeking investment in the UK through crowdfunding platforms.

Let’s introduce the different types of crowdfunding. In future articles, I will go into more depth for each one of them.

Once again, different sources cite different categories. I like to think of types of crowdfunding along three different dimensions or axes:

In the ‘compensation’ axis, I will stick to the 5 types defined by Valentí Acconcia, the reference in the industry in Spain:

In the duration axis, ‘one-off’ vs. ‘recurrent’, we have (surprise, surprise):

When to use each type of crowdfunding

Excellent question! And there is not a straight answer:

The combinations are endless! But the general rule of thumb, at least in my opinion, is:

Please throw my way any questions you might have about crowdfunding by commenting on the article or through my contact form.